Am I a Superman fan? Yes I am. What Superman did I grow up on? Smallville. Did I enjoy the 2006 Superman Returns? Fuck no. That shit was terrible. Did I enjoy the new Man of Steel? Yes, much more than I expected. I went in there thinking it was going to be terrible, it was going to be 2006 all over again. I was delightfully surprised though! Even though it is officially rotten when critics reviewed it, 82% of users enjoyed it, and I’m officially in that 82%. I mean it’s only Monday after opening weekend and it has already officially made $116 million in the box office and is ranking number one.

I’m not saying that this film is prefect in any sense. There were many portions of the film where I sighed in disbelief. Many holes that the writers tried to fill, but did so poorly. But I’ll get back to that after I give you a quick synopsis, because the trailers for once don’t set up the plot. But I’ll leave one embedded here anyways.

So the movie opens up on Krypton with the first natural birth of a Kryptonian in centuries. (Apparently they have been using these Matrix like eggs/globes/pods to help with overpopulation? [*ahem* this movie is an observance on abortion and overpopulation *cough*]Every child’s destiny is predetermined to fulfill a position on the planet. This information comes in handy later when the antagonist of the story, General Zod (Michael Shannon), inexplicably gains the same powers that Superman took years to master, in a much faster manner.) Cut to Jor-El (Russell Crowe), father of Kal-El (Superman/Clark Kent), begging the high court that actions must be taken to preserve the Codex to save the heritage of Krypton. Action must be taken because the Kryptonians have been harvesting the

center of their planet for resources (much like Earthlings with oil) and the planet will soon implode/explode on itself. Jor-El’s warnings are not heeded though and General Zod commits treason against the high court in what he believes is the last attempt to save his people. Jor-El escapes during the confusion, steals the Codex (it contains the living DNA of any future Kryptonian) and ingrains the Codex into the living cells of infant Kal-El. Lara Lor-Van and Jor-El successfully send their son to what would be a nurturing planet where he would grow up to be a god among mortals.

And trust me, the writers and Director Zachary Snyder do nothing short of let you know Kal/Clark is a god figure. As a young boy they have Clark reading Plato! Seriously, as if! Then, they eventually have him fight an alien like hydra, and yes, Snyder pulls a Singer and has Superman fall backwards out of an airplane in a Christ like pose after a character utters “You can save her, you can save all of them.” So there is no shortage of god-like analogies in this film, but they also make so many other metaphors in this installment as well.

The rest of the film is establishing what happened during Clark’s childhood (in flashback formation), accepting who he is and what he means to Earth, and fighting off General Zod and the few other Kryptonians that have survived the extinction of their planet because being exiled into the Phantom Zone was apparently the best thing the high court could do after they committed mass treason. General Zod comes to Earth to retrieve the Codex to rebuild his race on planet Earth, which would then extinguish the human race in the process. Well since Kal was adopted by human parents, he inadvertently “adopted” the human race back and will not stand for another race, whose time was over, come in and exterminate the lives of others.

Now that the topsy-turvy plot line is set up, I can go into some of the brilliant scenes they delivered! Zod heads on over to the Kent farm to try and find the Codex and threatens Martha Kent (Diane Lane) in the process. Superman then powerhouses into Zod and screams “Nobody threatens my mother!” or something to that extent, and it perfectly shows how Clark is the biggest Momma’s Boy, but is prefect nonetheless. There are two scenes that have a nod towards the next possible villain in the Superman universe. The first one happens when the audience sees Metropolians reacting to the chaos that is happening in the city. There’s a single shot of people on a boat away from the majority of the aliens. One man near the end of the frame is bald, pasty, and the only person wearing sunglasses (rather, expensive, douchy looking sunglasses). That’s right, Lex Luthor folks. Another clue is later, when I believe Superman is thrown into, or throws another bad guy into a “LexCorp” gasoline truck tank. And also a building! I didn’t realize the building, but apparently more people noticed that instead of the truck because when performing a Google search, I only found the building, so here’s that:

Henry Cavill (who plays Kal-El/Clark/Superman) has already signed onto two more Superman films so I (and the rest of the Internet community) believe that Man of Steel was created as the pseudo Superman version of Batman Begins. And if that is the case, then I think they did a bang up job of it. It sure as hell wasn’t a Superman movie that could stand alone by itself, but if it’s part of a trilogy, than it’s a great opening act to the new Superman universe. And hey, I enjoyed this opening act much better than Batman Begins, that shit almost always put me to sleep.

The acting in the movie is alright. Cavill (who is apparently British, when I heard about that I was so pissed, the American superhero, casted as a Brit!?) did much better as Clark Kent then I ever expected. I’ve been saying that Tom Welling (Smallville) should have been the new Superman since 2006, and Amy Adams as Lois Lane is terrible. They played her up to be more of the girl next door than the cunning, brilliant, sly reporter that she is, so that is just unforgivable. They didn’t even dye her hair black OR brown? Like really Amy? You get the role Erica Durance (Smallville) should have most certainly had? One of the most influential woman characters in America, possibly the world, and you can’t die your hair for the part? Bugger right on off Miss Adams because that’s straight up crockery.

Lane and Cavill as Martha and Clark

There’s another poor performance in my opinion and who was Kevin Costner as Johnathan Kent. I know I’m being real prejudice with my Smallville actors, but still should had been John Schneider. The way they killed off Jonathan was just silly was well. (And that was not a spoiler, if you know the Superman universe, you know Johnathan dies during Clark’s youth.) It was incredibly distasteful, and was not a heart attack at all. That shit was bogus and left a bad taste in my mouth. Diane Lane as Martha Kent was pretty damn convincing though. As much as I love Annette O’Toole, Lane delivered the loving, kind mother Clark grew up with and still protected.

The scenery and musical score was done splendidly by the crew. The picture they paint that is planet Krypton is breathtaking, even as it destroys itself. The fighting scenes are done extraordinary well and will amaze you with it’s detail.

There ended up being a lack luster kiss between Lois and Superman near the end of the film which was super dissatisfying. I feel as though, if Man of Steel is the beginning of a trilogy they should have waited until the second film. What do we have to look forward too now? They took out all of the fun foreplay!  Their relationship isn’t all that interesting either. The Lois and Clark we all know is one where Lois pushes Clark to be better. This Lois seems to just agree and help out when she needs to. There is really is no enjoyment in watching them interact. The thing that I don’t get is that the writers even address that the first kiss should have waited! I believe the big climatic  kiss should happen after they defeat his main villain! Lex Luthor! Which should be happening in the second film! Just like Batman had his Joker in the best installment of the new Batman franchise.

Oh and Cavill is one hunk of hot man. So much that he is actually caught a flame in an opening scene. As much as I would have loved to see Tom Welling up on screen, the very buff, handsome Cavill does deliver in the making ladies all a quiver department. It would be like deciding which kind of apple is better.

Or Fuji? They are both delicious (Cavill)

The final scene is done humorously well. Clark decides on getting a job at The Daily Planet (for reasons he explains to Martha) and as he is introduced to people working there, Lois says “Welcome to the Planet, Mr. Clark.” And Indeed, as Man of Steel closes, the world has welcomed back Clark Kent and Superman into not only our world, but also our hearts. 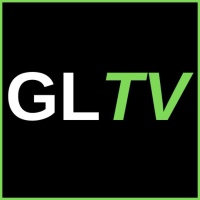