There’s a new show to schedule into your fall line up and it’s on Tuesdays at 8:30 PM and it will cuff you to the couch in stitches. Brooklyn Nine Nine has a near all star class that includes Andy Samberg (Lead, detective Jake Peralta), Andre Braugher (Captain Ray Holt), Terry Crews (Sgt. Terry Jefords), and Joe Lo Truglio (Det. Charles Boyle), we also have a few new faces that have not been around in the business for to long, who are JStephanie Beatriz (Det. Rosa), Melissa Fumero (Det. Amy), and Chelsea Peretti.

Considering we’ve only gotten a glimpse into the comedic cop sitcom it’s a bit early to tell how well the show will turn out, but the acting is above average for a pilot, and the jokes are delivered with a punch, and they touch on some pretty raw subjects for a show clocking in at 22 minutes on FOX.

Brooklyn Nine Nine is based around the very strict, but openly gay Captain Ray Holt straightening out the very childish, but well trained Detective Jake Peralta. Jake is played to a T by Sandberg considering he himself is very immature. It will be fun to see these characters develop, but I wonder where the show will go if Cap. Holt is ever successful in creating a well adjusted adult out of Jake. It would be like Cox getting JD to stop day dreaming.

Actually, after making that analogy, Brooklyn Nine Nine is kind of like a police based spin off of the late Scrubs which use to air on NBC and then FOX. The main character is a goofball who is equally wonderful and competent at his jab as he can make you laugh. There are smart and motivated women who are willing to go the extra mile. There is a hard ass in charge and a colorful assortment of side characters to keep you laughing. 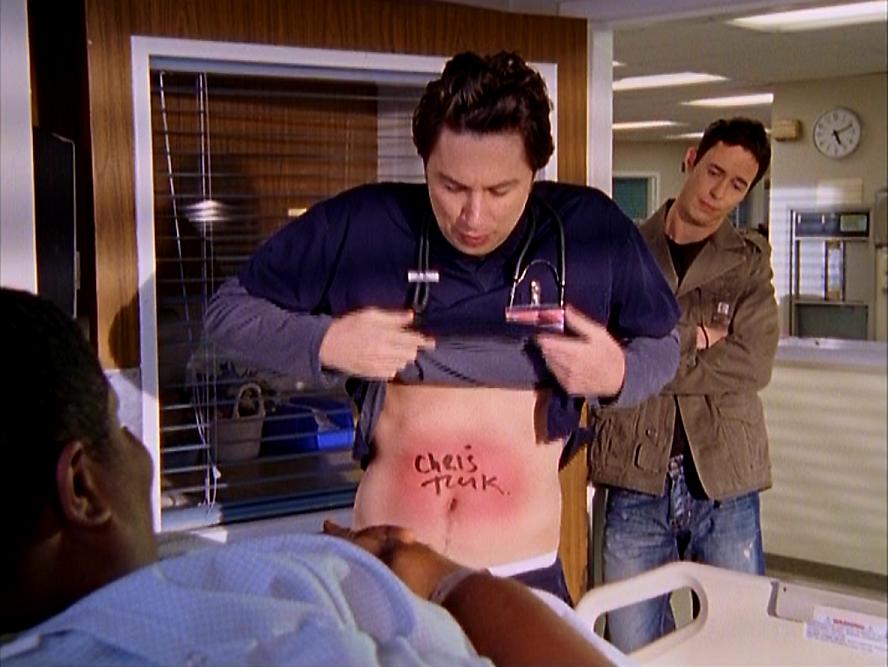 Brooklyn Nine Nine is a perfect sitcom to pass the time during that you may actually become invested in. It airs on Tuesdays at 8:30, but if you plan on watching Marvels Agent’s of Shield which airs on Tuesdays at 8:00-9:00 pm then you can catch it again on Thursday night. They also upload them online, so if you want to catch up, click on the below photo! And tune in every Tuesday this fall.

The leads of BNN