The remake Carrie does a pretty good job of updating a movie that was once remade previously in 2002, and my general consensus is that it is a great movie in the fact that it is a campy horror movie, but with a rocketed high budget. The new Carrie, doesn’t outdo the original or the previous remake, but it does vamp it up for today’s horror fans, and pays tribute to King’s original story a bit better, thanks to that bigger budget. The following is a comprised list (from memory) of changes that made the film fun, but also sometimes worse.

1.)Julianne Moore did an even more frightening job of portraying a religious nut who thought she was given a cancer by laying with a man and dying when really she was just pregnant and giving birth.

3.) I’m a bit upset about the period scene, no nekked 18 year olds, and no nekked Chloë Grace Moretz. “Plug it up” is still used though. (I have now been informed that Chole is only 16. This would be why she is not naked, but hey in my illogical defense, every girl in the original was like in their mid-twenties and the gym teacher was like 28.)

Why you wearing a towel, Chloe, you watched the original.

4.) They switch the poem reading, and make the English teacher out to be an even bigger dick than the principal, whose actually not that dickish. He only screwed up Carrie’s name once.

5.) Carrie knows her shit about the bible, and does stick up to her mom more in this installment. She has a backbone, which is different, but you feel like there’s more character depth thanks to it.

6.) Much of the movie’s script is word for word from the original. And either you love it or hate it, I personally enjoyed it.

7.) Magic Powers. Carrie “googles” magic powers when she’s learning about what the fuck she is doing, I found this adorable.

8.) Chloe portrays her powers with her hands, while Sissy Spacek used her eyes, this is an acting choice I do not approve of.

9.) The bully couple (Chris and Billy Nolan, originally John Travolta)  are no longer comical, but sinister and a real representation of how shitty high school kids can be today.

10.) “Dirty Pillows” did happen, but I did not see enough T.H.O. for my satisfaction. But the dress is beautiful.

There was no real close up

11.) So, when we first see the pigs blood scene, it’s unsatisfying, but then the director Kimberly Peirce included a second shot (to make sure she got it right) which I enjoyed. But then she did it a third time, and that is when the film went from being borderline campy, to full on marshmallows over the bonfire. I think she could have just done a triple side by side split screen to accomplish what she wanted.

12.) The chaotic prom scene was done incredibly well, I laughed and clapped at the wonderfully creative deaths that happened, but it took the longest fucking time to get to the pay off. One bitch catches a flame, and all I can think is, we wait all our lives to have a chance to stop drop and roll, and you don’t even take it. The movie is 100 minutes long, and the climax is certainly prom night, and it sometimes dragged to get us there. Although the scenes that take place with Carrie in her prom dress are beautifully done, establishing a needed connected-ness to Carrie and the audience which has to be there for the rest of the movie.

This shit was pure gold

13.) They include a set of bitch twins, they get trampled to death in the prom scene, and it was prefect.

15.) After Carrie makes it impossible to exit the gym, because she has created the floor into an electric slide, she flies. SHE FUCKING FLIES. I am not happy with that. This entire time, she is able to move other objects with her mind, bitch shouldn’t be able to fly.

They pan down, but bitch is flying right here.

16.) The entire high school ends up in flames, pretty damn quickly, which is unbelievable but awesome, and Carrie doesn’t end up murdering the entire prom, which was disappointing. They also includes that part of town going up in flames, which is from the novel. I approve.

17.) The bully-car-death scene is amped up, and so much better than just a simple car flip. I actually applauded this scene with it’s gory detail.

18.) The heroine, Sue Snell (the reason Carrie ends up at the prom), is pregnant, which is from King’s original story.

All in all, Carrie was a fun horror flick to watch during October. It will certainly make it into my prom movie season as a new top dog. Just don’t expect the wheel to be reinvented. 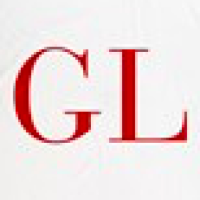