1 & 2.) Pumpkin and Honey Bunny- two madly in love sociopaths looking to make a buck and get their rocks off. Only months after the world is introduced to Micky and Mallory Knox from Natural Born Killers we get two minor characters that set the chaotic tone of the entire Anachronic film.

3.) The Soundtrack – Not only is Quentin Tarantino known for his non-chronological director technique, but also his massive hard on for classic songs the majority of the population hasn’t thought about in years.

4.) The Iconic Quotes- do the following things really need any explanations:

No, no they fucking do not.

I mean even the made up quotes are god damn amazing:

But then we even have quotes that mean what they actually meant back in the day:

5 & 6.) The Banter – the dialogue between any two characters on the screen is perfect. Hence number 1 , 2 and 4 on the list. Without the well written script the movie wouldn’t be as successful as it is today. It has a 9 star rating on IMdB and a 94% on Rotten Tomatoes, and a big reason behind it’s success is the banter. Two of the best banterers on screen are obviously Jules & Vincent and Vincent & Mia. If you think about it, Pulp Ficiton wouldn’t be what it is today without John Travolta as the iconic bad boy with a screwed up set of morals with a pretty damn decent heart at the end of the day. (It counts as two, because you need two to banter, duhhh.)

7 & 8.) The Portrayal of Drugs- QT has always had a soft spot for filming unusual acts in a beautiful star-laden manner. In Pulp Fiction we get the glitzed out shooting of heroin and how Vincent then feels like he’s on cloud nine, and not shortly after we have Mia chopping the soft white powder of cocaine on a mirror (7).  All that comes crashing down when Mia snorts the heroine later in the film. Shattering the earlier portrayals and how cool QT made the drugs seem earlier in the film (8).

9.) The Intimacy- You don’t really get a snack of intimacy until we have Mia and Vincent dancing together at Jack Rabbit Slim’s but it is palpable. We see more intimacy when we meet Butch and Fabienne and of course in the dinner scene later in the film with Honey Bunny and Pumpkin. I mean damn, we even have it with Maurice and Butch in the torture scene at the Pawn Shop.

10.) The Oppositions- Butch can be very butch but the minute that Butch is with Fabienne he’s a melting puppy dog, calling her sugar pop. Who would ever imagine that Bruce Willis could give his lover cute pet names? That shit is weird. Not to mention he goes from wanting to kill a man to saving his life. After two men go through some like that, you just become connected.

11.) The Camera Techniques- From the camera following Butch back to his apartment, to every car shot (including the trunk ones) QT’s got a way of making his audience see the world in a new light. It may not be the brightest of lights, but it certainly gives you a new perspective on how to watch a film.

12 & 13.) The Shake-Ups and Turn-Arounds- Let’s be real, the first time you watched Pulp Fiction did you think that a huge star like Travolta would be killed, let alone the one character we had seen the most of, up to this point in the film (12)? And then directly after we see motherfucking Maurice himself. What are the fucking chances that after Butch kills the big man’s Henchman we see him cross the street with morning pastries (13)!And who would even seen the Pawn Shop Torture scene coming a few moments later! There is a solid 20 minutes of “I did not see that coming action” that turns humorous painful soon after the second watching.

14.) The Realizations- Even though Butch’s realization of getting to use a samurai sward is a moment of pure brilliance, it is not the first “moment of realization” of the movie. A few minutes before that we have the Gimp realizing that Butch is about to escape, and 20 minutes before that we have Butch realize that a henchman is in his bathroom, and a moment later we have Maurice realize Butch is in the car right in front of him. There are countless more, but these “aha” moments really put the sugar on top of this bloody sundae.

15.) The Casualness- I think the following quote pretty much sums up how casual some parts of this movie can be. After Jules brings a “dead nigger” to a friend’s garage:  “Mmmm! Goddamn, Jimmie! This is some serious gourmet shit! Usually, me and Vince would be happy with some freeze-dried Taster’s Choice right, but he springs this serious GOURMET shit on us! What flavor is this?”

16.) The Smaller Roles- the first great smaller role was actually much earlier in the film, that being Christopher Walken, but let’s not forget about Harvey Keitel as The Wolf and QT’s Director cameo as Jimmie with the amazing coffee.

17.) Bad things happen when Vincent goes to the bathroom. Yeah, just let that one sink in. every damn time.

18.) The Iconic Imagery- Pulp Fiction is one of the movies that has been used in many other forms of the media, from the quotes to the wardrobe to the scenes. You guys remember how a beloved cartoon even used a scene of guns and murder as a gag? Oh no, well here you go:

19-20.) Fuck you motherfucker, I don’t need to play by your damn rules. I don’t need 2 more reasons, the movie is brilliant get your head out of your ass. 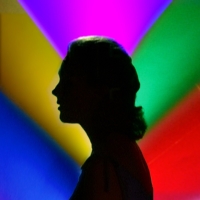