Time for another round for Honest Horror Movie Posters! Today we’re focusing on the Friday the 13th Franchise. This is by far my favorite horror franchise, so it was pretty fun. And in all honesty, the original tagline were pretty decent (e.g. Jason X: Evil Gets an Upgrade). But that is not the name of the game. The name of the game is Honest Movie Posters: Friday the 13th Edition. Let’s get to it.

Last year I heard rumors of a film festival horror movie that I knew I’d enjoy. Two teenage girls obsessed with the macabre who are trying to make it in the blogging world. Whose obsession just so happens to borderline the psychotic. PERFECT! Exactly what I want to watch to get my horror fix in. But dammit I can’t find it on Kodi anywhere. Flash forward a year later, Terrarum is the new Kodi, and Tragedy Girls is finally available to stream.

At this point, I’d forgotten about the movie and the poster artwork had changed online. I did no research aside from reading the short summary and decided to toss it on, hoping that it could be bearable for more than the usual 10 minutes I’d give a no-name horror movie a chance to hold my attention.  And whoo boy did it deliver.

We open with two teenagers making out in a secluded lover’s lane on a bridge reminiscent of My Soul to Take. The blonde girl hears something spooky outside. She literally has to call her date a pussy and tell him to man up to do the horror cliche thing and go check on the spooky noises. Because for once it seems like you have a smart character in a horror movie. It doesn’t take but a mere minute for the poor boy from being stiff to being A stiff, as the Killer emerges and takes care of business.

The Killer chases the young girl screaming through the woods, you assume, she will be an easy next, but this isn’t your typical horror movie. A trap is set, but it’s not BY the Killer, it is FOR the Killer. The blonde captures the Michael Myers knockoff with her best friend who emerges from the dark. And then, as they cut to black and open on the tied up Killer, bombard him with questions, and then finish off his dirty work on the blonde’s date, you realize, this movie is so much more than your typical slasher flick.

Brianna Hildebrand (also known as Negasonic Teenage Warhead) plays Sadie Cunningham (named after horror director Sean Cunningham, of Friday the 13th‘s fame)  and Alexandra Shipp (also a character in the Marvel universe as a young Storm) plays her best friend McKayla Hooper (named after Tobe Hooper of Texas Chainsaw Massacre and the Poltergeist fame) who grew up together and have a pretty sick hobby in common, their online personalities known as The Tragedy Girls who consider themselves small-town detectives of their local serial killer (seen above).

At first, you believe okay, they’re just putting the first boy toy out of his misery, but soon, as they attempt to murder Alexandra’s moony ex-boyfriend (played perfectly satirical by an uncredited Josh Hutcherson) and frame the serial killer they just kidnapped in the process you come to the conclusion, this is the best final girl movie twist that you could have ever since Cabin in the Woods.

Not only are there nods to all the great slasher films, but even at moments you think they’ll pull a Carrie, and then you’re like nope this is more Prom Night, they shock you all over again. Much of Tragedy Girls can seem trite or predictable, from the upcoming kills and who they victimize, but it’s wrapped up in such a wonderful candy covered exterior, that you don’t even mind. If you’re looking for a fun slash film that you and your horror friends can giggle at, adore, and try to guess the next gory scene, the familiarity but newness of Tragedy Girls is the perfect film for you.

The cast is marvelous, the writing makes the over-used horror cliches fun, and the overall cinematography is fun and hard to peel your eyes away from. I give it a full 5 eyes of attention span and highly suggest you give this fun movie a run for its money.

The Nightmare on Elm Street franchise has the gory privilege of being the most fun horror series out of the top slasher films. Not only are they fun, but they are also capable of delivering some real scares (in the earlier years). None of this would be possible without Freddy, the man of your dreams. Well… I suppose the man of horror fan’s dreams and the nightmares of a person that doesn’t devour each and every installment once every few years. We Fred Heads have a bit of a problem. The same problem that we Crystal Campers and Babysitters all have. We watch, we rewatch, we make our friends watch, all to the point that most people wouldn’t find the films interesting or entertaining any more, but we scoff at those sane people. For we know a real good time, and we find others like us. Others who know that there is only one Fred Kruger, and that Kruger will be the focus point of number 1 of the  10 comparisons and contrasts of A Nightmare on Elm Street.  END_OF_DOCUMENT_TOKEN_TO_BE_REPLACED

Tobe Hooper scared the pants off of me when I was little. I was a bit young to be watching The Poltergeist before puberty, but alas, that was my up-bringing. Let’s keep in mind that the movie about the house filled with spooky sectors was actually rated PG though, because God knows what the hell the MPAA was thinking. A few years before we got suburbia built on top of a graveyard, we had Hooper direct and write the “supposedly” true story of The Texas Chainsaw Massacre. Which is an odd title for the 1974 film that started off the slasher genre and ushered in the horror tropes we now know and love. A.) Because the story it is supposedly based on actually took place in Wisconsin and B.) not only did the real “Leatherface” not have the weapon of choice be a chainsaw, but our original film hardly uses a chainsaw! Anyways, The Texas Chainsaw Massacre is in my personal bottom slot of the slasher genre’s top four killers: Jason Vorhees, Michael Myers, Leatherface, and Freddy Krueger. The films have never really resonated at all with me, and the lack of enthusiasm that you read below is why. So sorry about my 10 comparisons and contrasts being short, and a bit lack-luster. But Hey! Day 05 and 06 will be on the Nightmare franchise, and I fucking love Freddy.  END_OF_DOCUMENT_TOKEN_TO_BE_REPLACED

Some say that Michael Myers was the leader in slasher films. He began what was to be known as the golden age… um excuse me, the bloody age of slasher that would blossom in the 80s become a joke in the 90s and a satirical ploy by the time the new century was rolling in. But if we look chronologically, we see that Leatherface actually began this age of slash, back in 1974, but we’ll focus on that franchise tomorrow. Today we will talk about the influential silent killer, the boy that turned into PURE EVIL and made the night of Halloween frightening for adults and horny teenagers, not just little tykes afraid of the boogeyman in their closet. Below are 10 comparisons and contrasts of John Carpenter’s indie film Halloween and Rob Zombie’s high-budgeted Halloween. And you will come to see that more money, doesn’t always mean the audience will get a better movie. END_OF_DOCUMENT_TOKEN_TO_BE_REPLACED

The remake Carrie does a pretty good job of updating a movie that was once remade previously in 2002, and my general consensus is that it is a great movie in the fact that it is a campy horror movie, but with a rocketed high budget. The new Carrie, doesn’t outdo the original or the previous remake, but it does vamp it up for today’s horror fans, and pays tribute to King’s original story a bit better, thanks to that bigger budget. The following is a comprised list (from memory) of changes that made the film fun, but also sometimes worse. END_OF_DOCUMENT_TOKEN_TO_BE_REPLACED 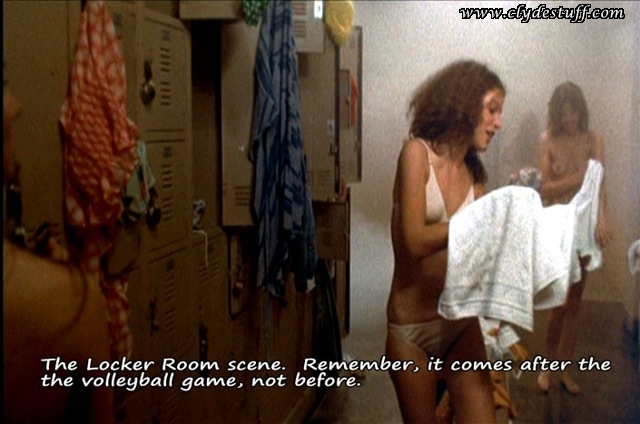 I could not find a better photo, but the movies on Netflix, go hunting.

END_OF_DOCUMENT_TOKEN_TO_BE_REPLACED

Day 5 of BoOctober and I am watching one of my top 3 favorite Halloween movies of my childhood: Earnest Scared Stupid. Although the movie came out in 1991, It is a staple of my years as a child and even as a young adult I look forward to watching it every year.

1.) The opening segment has clips from old black and white movies which is too funny because the audience for these movies, had no idea what they were from.

My fave actor as a child

END_OF_DOCUMENT_TOKEN_TO_BE_REPLACED

Day 4 of BoOctober and I’m watching the zombie film that laid ground to all other horror films; George Romero’s Night of the Living Dead (1968).

1.) Johnny should have listened to the rest of that broadcast when the radio station came back on. You don’t just not listen to a radio after it blacked out on air for a period of time. Unless it’s playing Miley.

2.) “They’re coming to get you Barbra” while an actual zombie is staggering in the background is completely priceless.

END_OF_DOCUMENT_TOKEN_TO_BE_REPLACED

Day 3 of BoOctober and I am viewing the movie based on the 1973 book by Lois Duncan, I Know What You Did Last Summer. All of these reasons do not support the title of this article, but many of them do.

1.) So that man that the teenagers eventually “kill” looked like he was contemplating suicide, How is there even a movie?

2.) Sarah Michelle Gellar’s character of Beauty Queen is a sarcastic look at teenager’s perspectives at a brightly lit future.

4.) Lenard Hofstadter is in this movie and he is a jerk.

5.) The 4 original cast members sit around and dissect the urban legend of the man with the hook at makeout point END_OF_DOCUMENT_TOKEN_TO_BE_REPLACED